4 Reasons I’m Excited About Chicago’s Commercial Real Estate Market (And Why You Should Be, Too!) 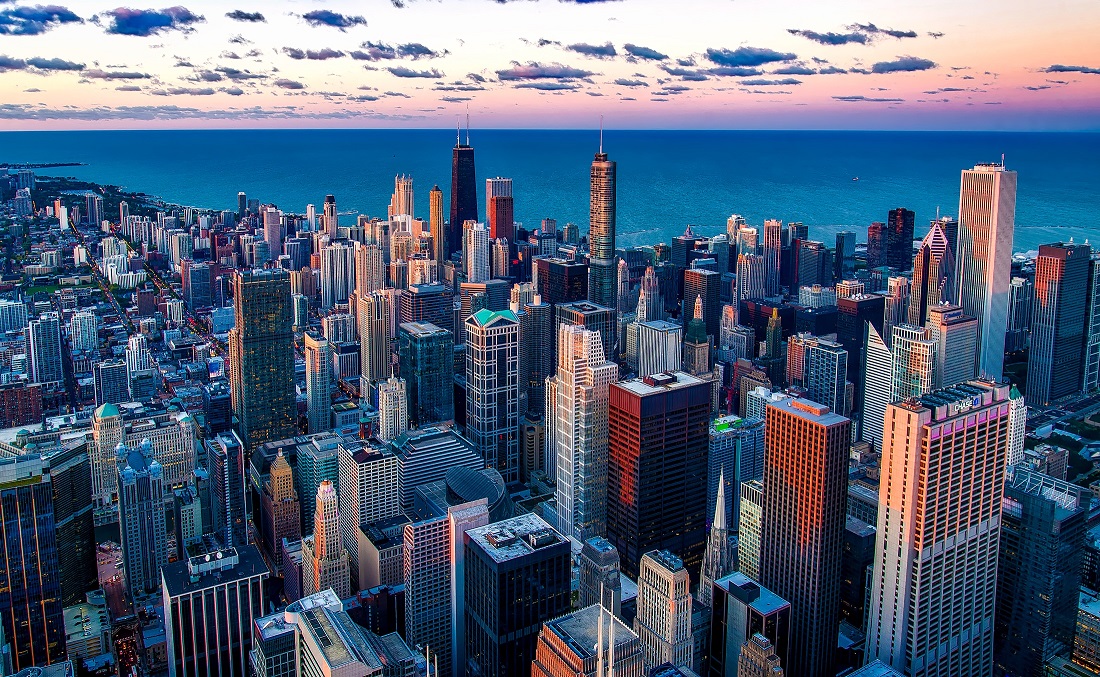 What makes a city great is the people who Live-Work-Play in it.

Anyone who lives in Chicago knows it’s an ideal place to live, work, and play. Chicago, the “capital” of the Midwest, is an important business hub for the U.S., the largest city in Illinois has long been recognized as a global center for business, knowledge workers and world-class architecture. Over the past five years, the defining trend strengthening the dynamic Chicago market has been the increased vitality of its urban core.

The steady stream of major corporations downtown following the migration of educated millennials and top talent, has brought a new era of development across all property types. This emerging transformation of the city has created tangible excitement for Chicago’s bright future. It’s because of this reason (as well as a few others) that I’m particularly excited about the commercial real estate market here, both in the near-term and long-term.

#1: WE’RE BEYOND RECOVERY AND NOW IN AN ECONOMIC BOOM

Fully recovered from the downturn, Chicago has an intrinsic advantage that should provide the city with a solid economic performance. The city’s major advantages are its central, well-served location for national and international travel in addition to its diverse workforce. Plus, Chicago is a relatively “cheap” place to run a business compared to New York or San Francisco. These attributes recently helped the city land the corporate headquarters of Fortune 500 companies such as Archer Daniels Midland, Conagra Foods, and McDonald’s, just to name a few.

In addition to being an important business hub, since 2012 Chicago has also been a vibrant tourist destination for international and domestic visitors alike. In 2016 54.1 million people visited Chicago for work or play, a 2.9% increase over 2015, well ahead of pace for Chicago’s goal of 55 million visitors a year by 2020.

Tourism and spending have fully bounced back, to say the least and Chicago’s commercial real estate industry is actively contributing billions of dollars to the local economy. These fundamentals also continue to improve as a result of strong annual job growth and a declining unemployment rate.

Chicago is the number one city in the nation, with educated millennials choosing to move downtown. In fact, even retiring baby boomers and tourists overwhelmingly prefer urban neighborhoods as their home base in Chicago. Retailers are opening locations on heavily trafficked city streets where restaurants and nonstop commerce attract both affluent tourists and locals with time and money to spend. While the greater metro population declines, downtown Chicago is getting younger, smarter, and expanding into new neighborhoods.

A great example of this is Fulton Market, which has achieved a jaw-dropping 34.3% population increase from 2010 to 2016. Other neighborhoods are also taking center stage in the “live — work — play” evolution. The West Loop has witnessed a 28.4% increase in population growth, the Central Loop has grown 19.0%, and River North has spiked 12.6%. We can safely expect plenty of new construction of multifamily units to continue in these neighborhoods in order to satisfy the growing demand for downtown living.

Chicago is the second (2nd) most active investment real estate market in the country today, achieving $2.134 billion in sale volume, only behind Los Angeles at $2.578 billion. It is fueled by healthy demands, historic low vacancy rates, continued steady NOI growth, and excellent value relative to the costal markets like New York, Los Angeles, and San Francisco.

In Chicago, commercial real estate has been a star performer over the last five years. High returns have been delivered on the back of strong fundamentals and an economy that continues to improve. During this period, retail property values have averaged double-digit annual total returns of 10.62% and 10.1%. In 2016, we saw the fourth straight annual double-digit total return, indicating a strong growth trajectory to continue into the coming years.

Chicago’s urban retail supply still remains quite low by historical standards. Demand has outpaced supply over the past 12 months, driving down the vacancy rate by 40 basis points to 5.1% in the first quarter of 2017. The lack of overbuilding is due in part to rising land and construction costs and suggests that vacancies will continue to decline.

Because of this, landlords have the opportunity to push rents higher, allowing people who buy today to enjoy a compelling outlook for further NOI growth and appreciation. In fact, the rising demand for retail space has supported the average year-over-year rent growth of 2.2%. Certain